Articles of the Week

Pubbies of the Week

Healthy Screen Time is One Challenge of Distance Learning

Many scholars now have classes at home and take courses on their computers. This is because of the spread of COVID-19 and taking classes online means lots of screen time. Kids also use their phones or computers for fun like to watch TV or play video games. There have been studies on screen time and they show that lots of it can lead to health problems. People often sit when they use screens and a long time sitting is not good for the body. Try to get up and move around during the day to go get a drink of water. If we look at screens for a long time it is not good. Our eyes need a break too so try to look away every once in a while. Also, studies show that some kids learn better when on a computer because they can rewatch things. Well, that is it for this article, and I hope you learned something new....  Read more

The US Government is going to ban WeChat - an instant messaging cellphone app very soon due to national security concerns. This causes some inconvenience for Chinese Americans who have been addicted to this app. Is the US government doing the right thing? Definitely yes! The WeChat should be banned and should be banned earlier, the moment when the China government banned Facebook, YouTube, Google, Line, Instagram, Whatsapp, Telegram, and tons of other apps, as a retaliation. Unfortunately, the Obama administration at that time did nothing, and now the consequences are that the infiltration and censorship have invaded the US, depriving the freedom of speech of US citizens, influencing the presidential campaign, funding the radical leftists on making riots, and negatively changing people's lives in US. WeChat is not just a regular instant messaging app, it has bundled many other functions such as dining, airplane and train ticket booking, daily fitness tracking, twittering, utility payment, group conferencing, wallet, investment, giftcard giving, bicycles rental, and more. Everything is tracked and there is no privacy using this app. It is backed by the China government, to make people live in a country of police and surveillance, like what was described in "1984" - a political novel written George Orwell in 1949. Some people does not like this app to be banned, because they are so addicted to it and have given up their privacy, human rights, and dignity. I applaud the Trump administration's act on banning this app. This is the only way of saying no to the notorious censorship and breach of our speech freedom. And this is the only way of forcing the China government to treat the previously banned apps equally. With regard to the options after the WeChat ban, I've decided to move our family's instant messaging group to Skype. After a few trials, it appears the China government also banned the skype app in the app stores in China, because they cannot censor the content in the group chat. All apps that have group chat functions and not being controlled by the China government have been banned in China. There is only a substitute skype app that has the group chat function cut and only allows the 2-person calling. But that is it and we have to bear with it. I'm looking forward to seeing the Trump administration to exert more pressures on the China government, forcing China to return to the civilized world order. ...  Read more

When you're collaborating with a team or just working solo on a project, it can get tricky to figure out who did what and what changes were made. Amid this mess, we have GitHub. GitHub is a Git repository hosting service, but it adds many of its features. While Git is a command-line tool, GitHub provides a Web-based graphical interface. It also provides access control and several collaboration features, such as wikis and basic task management tools for every project. In simple terms, it's a place to upload your projects and easily collaborate with other people. Uploading your projects to GitHub is a breeze. But the problem is this: whenever you make a change to any file of your project, you have to re-upload those files. Although you can directly edit the files in GitHub, it's not recommended. Also, think of it like this: when one of the people you're collaborating with finishes with their changes to the project, they also have to update the files of the master project. This often gets irritating when you have to copy and paste the code from your file onto your GitHub project. That's where Git comes in. You can think of Git as a command language, similar to that of the Windows Command Prompt. Real-life projects generally have multiple developers working in parallel. So a version control system like Git is needed to ensure there are no code conflicts between the developers. It's really easy to push your updates to the master project right from your desktop using GitHub Desktop or plain Git. It also tracks the version number of the files so you can see who did what at what time and why they did that. By learning Git, those team projects will be a breeze....  Read more

An OEM HP ink cartridge set for the OfficeJet Pro 8710 that uses model no. 952/952XL costs around $100. However, if you purchase inks and refill the cartridges by yourself, it can cost you much much less. I will post a video about how to refill the printer cartridges with the inks in another article. 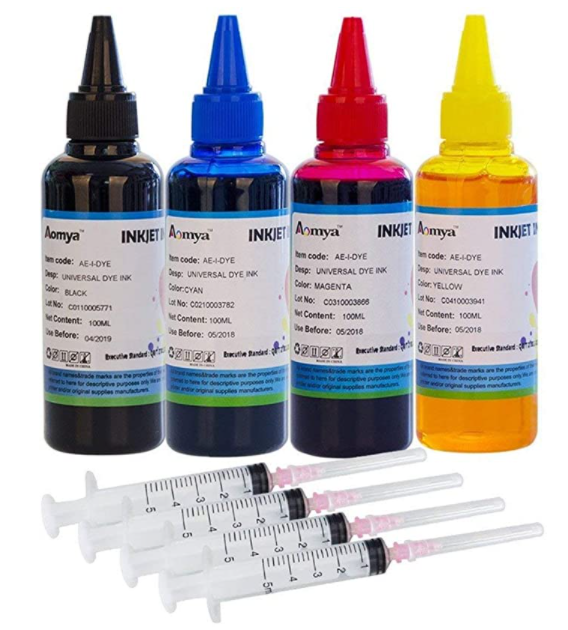 In this article, I'm explaining how to bypass the HP firmware settings that only allow you to use OEM cartridges and have all other refilled cartridges disabled. No 1. DO NOT UPGRADE FIRMWARE IF YOU ARE PROMPTED TO DO SO. Just like you are not encouraged to upgrade the OS system of your computer or cellphone. This is a notorious manufacturers' strategy of slowing down your machine, torturing you and forcing you to buy a new one. No. 2. If you read this article too late and unfortunately have already upgraded the firmware, do not be panic. I will introduce a way to bypass it. But do not upgrade your firmware any further, because the manufacturer may come up with a new firmware in future that disables my trick. No. 3. This is the ultimate walk-around solution. Get a spare set of HP 952/952XL OEM original ink cartridges that have not been refilled. It can be new, partially full, or even empty. You will need to use it to perform a cartridge swap procedure, which will get you up running again with the refilled cartridges. Here are the steps: 1) Insert the OEM cartridge into the printer for approx. 25 second, and then quickly remove it. (This step is to fool the system that you have purchased and now are using an OEM cartridge) 2) Within 30 seconds, quickly insert your refilled same color cartridge into the printer. Now the printer should be able to resume as normal. Ignore any pop-up messages on the printer. Note that only the OEM cartridges can be used to reset the printer. The setup cartridges cannot use this trick. If you are still confused, here is a youtube video that you can refer to: link ...  Read more

Can Artificial Crowd Noise During Pandemic Match The Thrill of Packed Stadiums?

Watching sports games has been different in 2020. COVID-19 started spreading quickly in the spring since sports around the world were paused. Athletes now play in empty and quiet stadiums but athletes still need cheers. Therefore, teams and broadcasters around the world are being creative and are recreating the sounds and energy of fans. Some leagues are playing crowd sounds from old matches while others are using sounds from a soccer video game. MyApplause is an app that lets fans control which noises come through speakers in the stadium. Fans have four noise options: cheer, clap, sing, and whistle. As fans watch the game, they can react to the action. They pick a noise option and click on it so players get to feel the energy from the crowd's cheers. Well, that's it for this article and I hope you learned something new....  Read more